“Putin go home” said the sign held by one of the 30 people who had gathered in front of the Russian embassy in Amman last night. Different organisations and activists demonstrated to denounce Putin’s policy toward the Syrian war and the ambiguous position of the Jordanian government. Putin’s visit to King Abdallah II of Jordan took place yesterday after his stop in Palestine and as part of his Middle Eastern tour, often described as a way to assert and maintain his influence on the region. Putin is criticised for letting civil war rage based on mere energy-related interests (among others) and so is Jordan, who has not taken any clear position on the Syrian conflict although it is sheltering a tremendous amount of Syrian refugees. The demonstration was held peacefully under the close watch of security and investigation services. 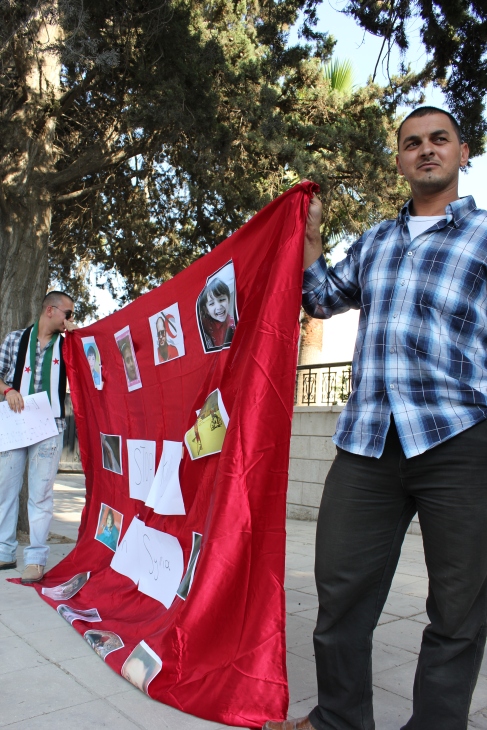 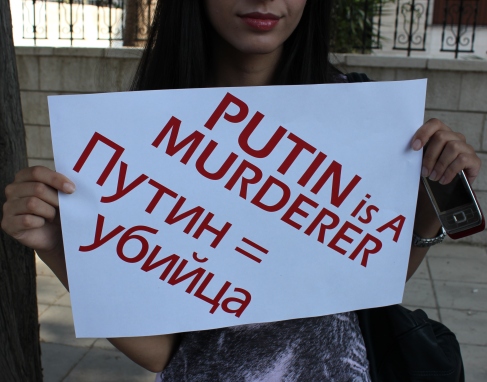 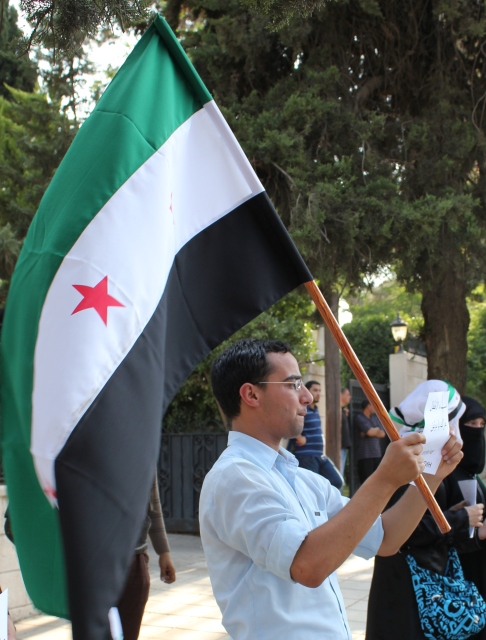